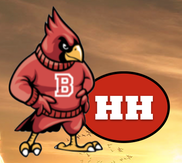 Krystallnacht - The Night of Broken Glass: 1938

Krystallnacht was the wave of anti-Jewish violence which took place on November 9 and 10, 1938. This happened throughout Germany.
1. Read the passage below to learn about Krystallnacht.
​
The Night of Broken Glass

Different branches of the Nazi security structure participated in the riots. Members of the Hitler Youth, Storm Troopers, and the Gestapo Secret Police all played vital roles. Many of them dressed in civilian clothes, adding to the 'spontaneous' element, and were provided with axes, hammers, and incendiary devices. They sought to destroy Jewish businesses and synagogues. While trying to look 'spontaneous,' security detail members humiliated Jewish people while destroying their property. Eyewitness accounts reveal the extent of this degrading behavior. One example concerned an elderly Jewish man being 'dragged down and pushed to his knees' as arsonists 'admired the results of their destruction.' Another example featured a mob attacking a hospital for sick Jewish children. After the windows were broken, children were pushed 'out over the broken glass, bare-footed and wearing nothing but their night shirts.' Over the course of two nights, mobs destroyed Jewish neighborhoods. Their directives to use violence were well received. More then 200 synagogues and 7,500 Jewish-owned commercial buildings were destroyed. Nearly 100 Jewish people died in the riots. The Nazis blamed the Jews for the destruction.
2. Look at the pictures from the slideshow below showing the destruction caused by Krystallnacht. Be sure to read the captions at the top of each picture.
3. Read the chart below to learn more about Krystallnacht. 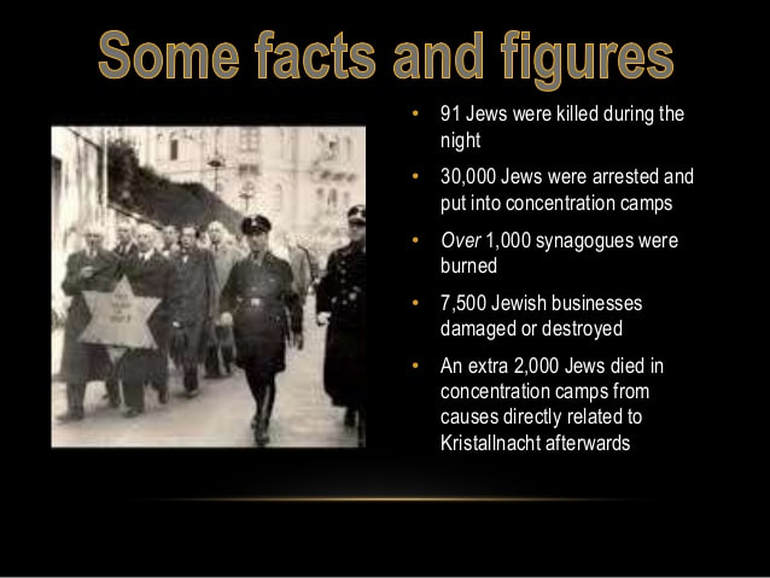